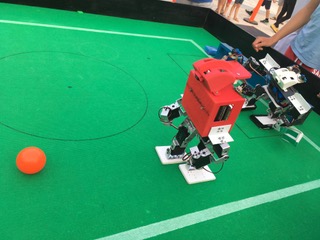 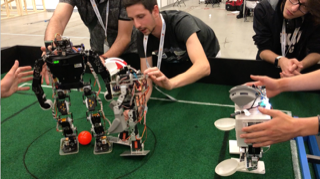 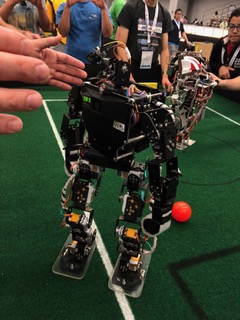 In parallel 2 teams from Tomsk and from Moscow have played first game at Robofinist tournament in St.Petersburg at 2018 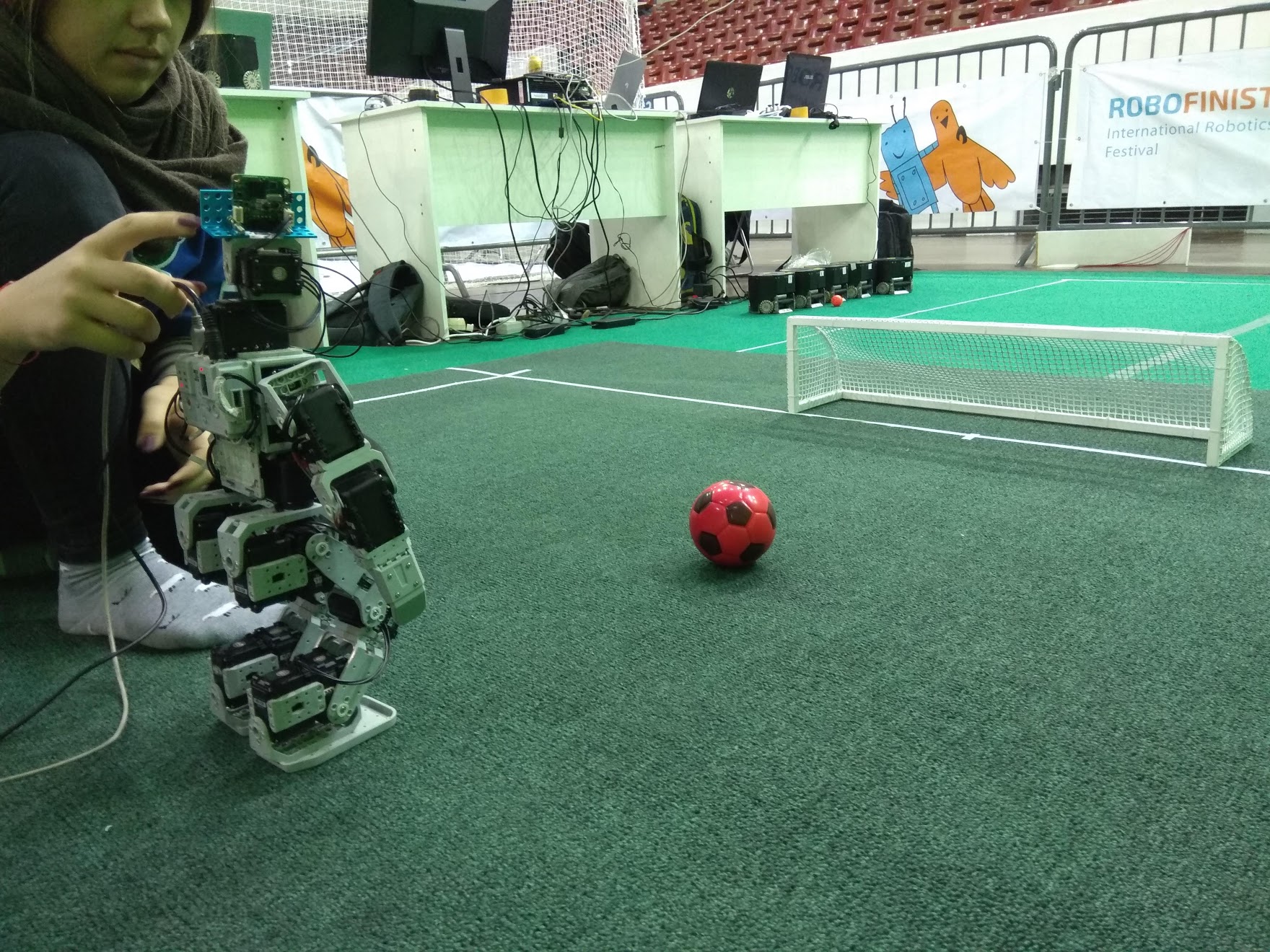 Same 2 teams have repeated demo game in Moscow at 2019 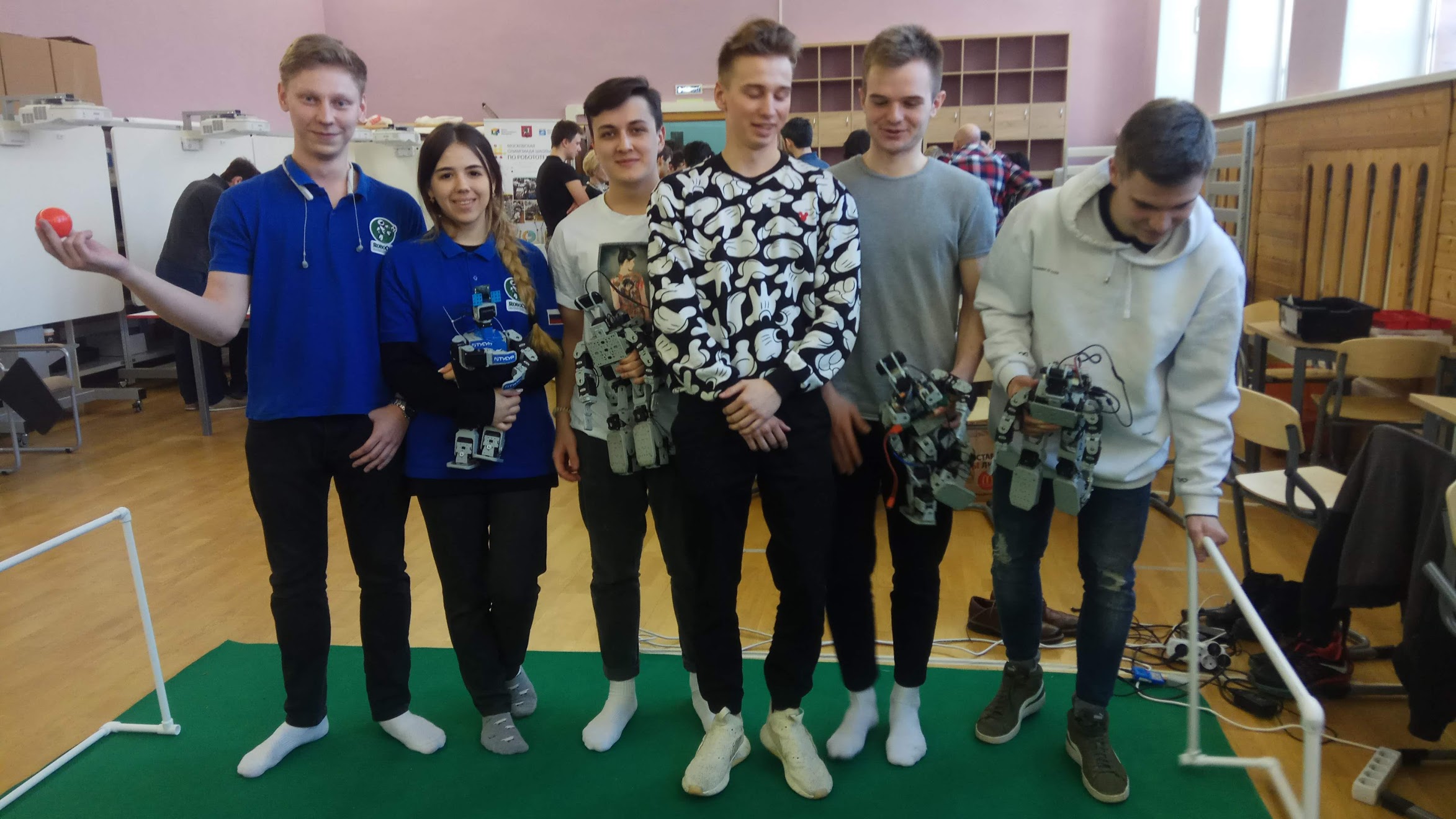 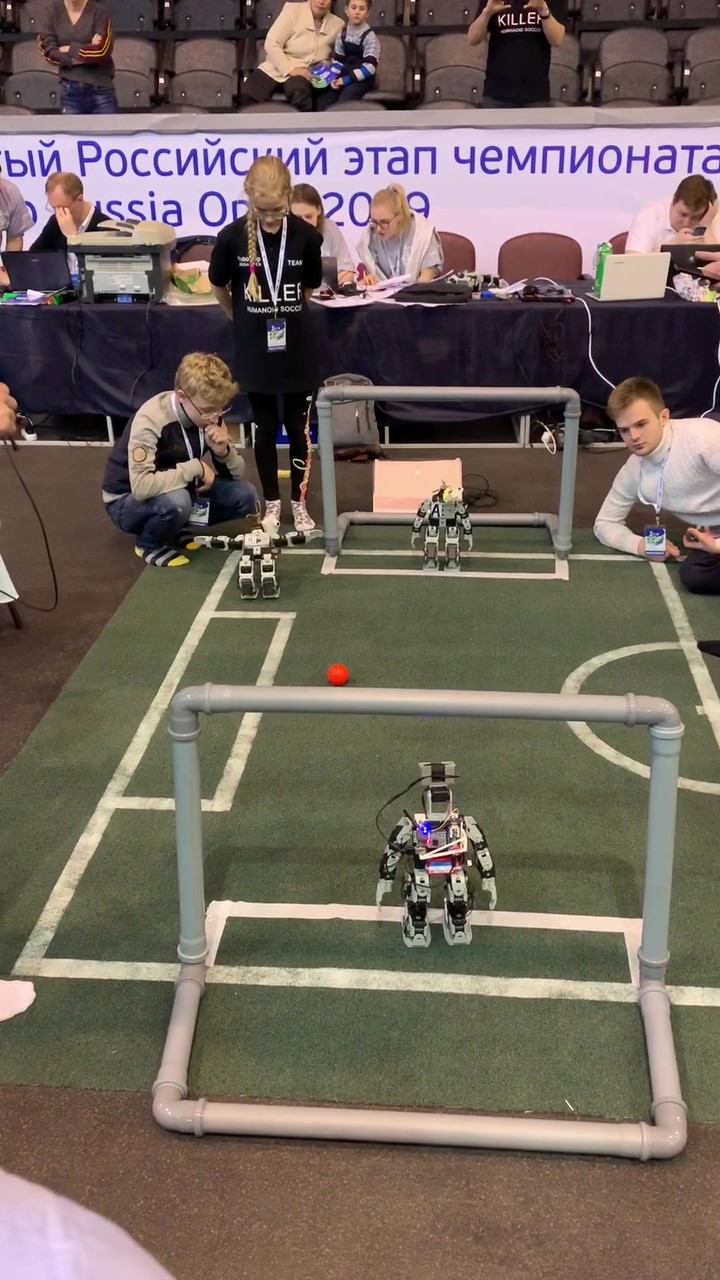 Since 2019 the game was included into program of Robocup Asia - Pacific. 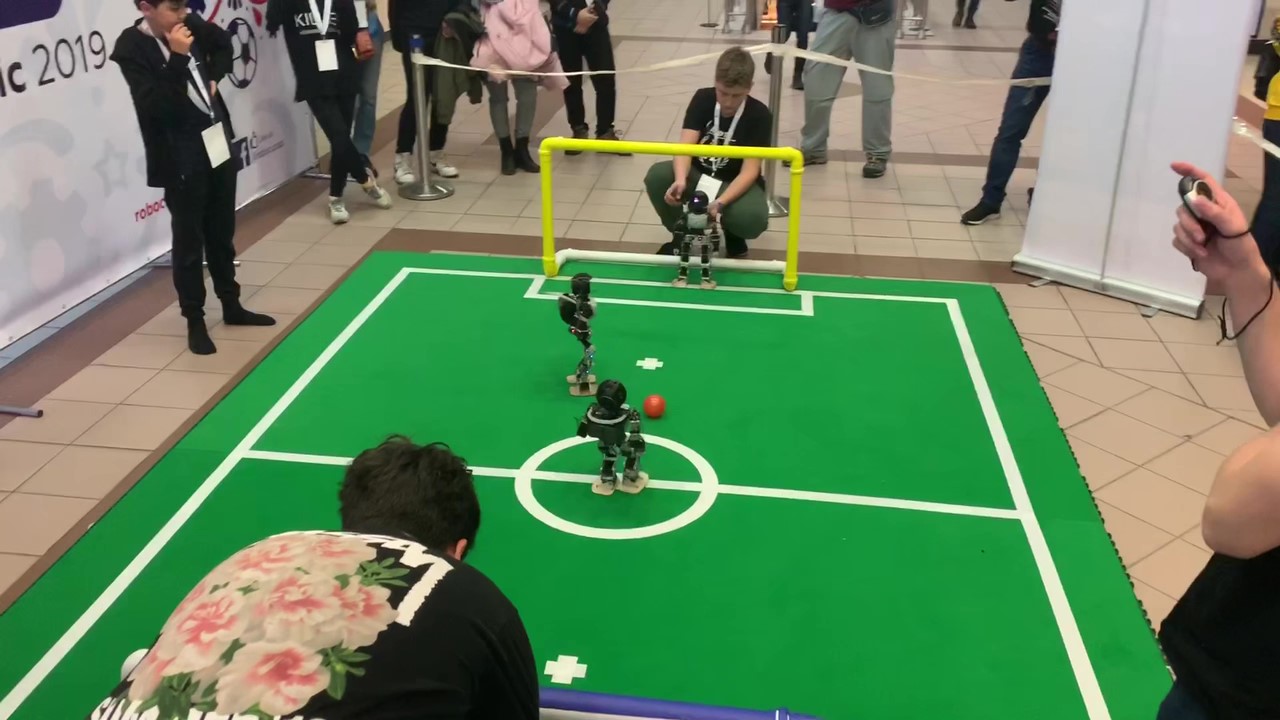 The field is made from 3mm carpet with total size of 3 x 4 m, 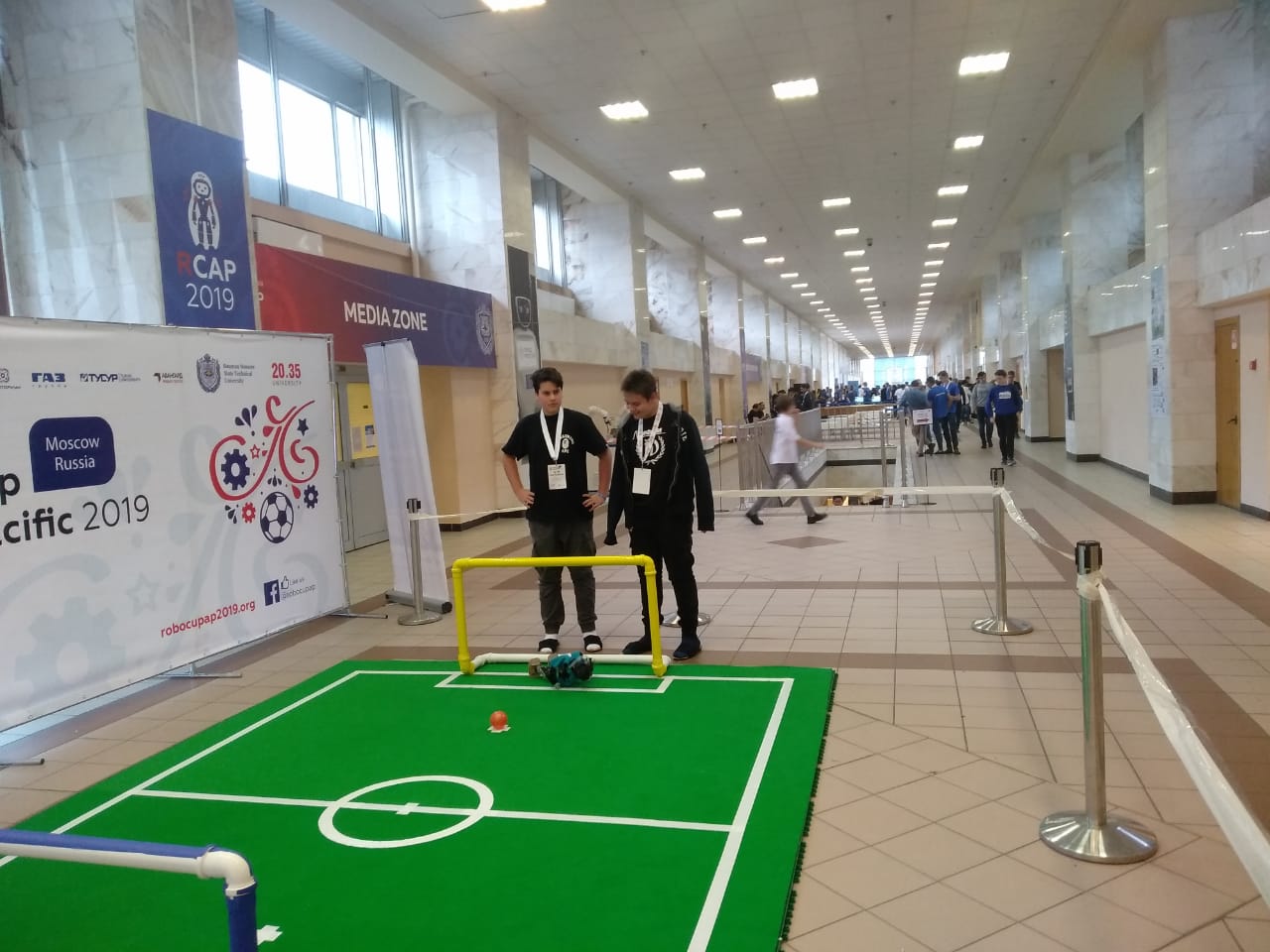 with goals made from plumbing tubes, colored to yellow ant blue color.

The ball is orange color sponge ball with 80mm diameter. 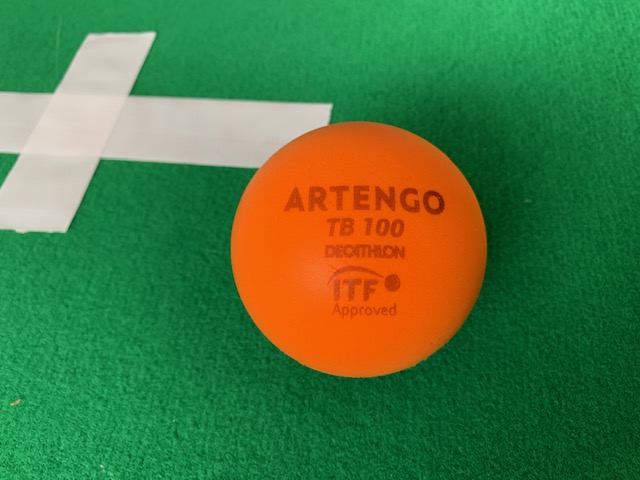 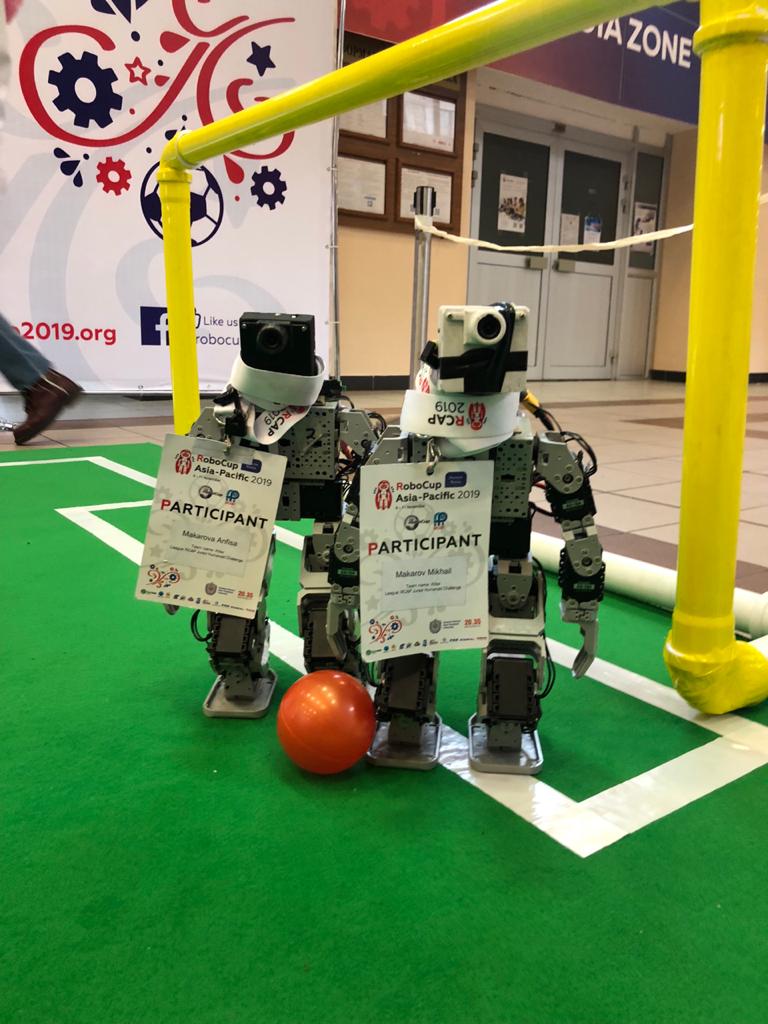 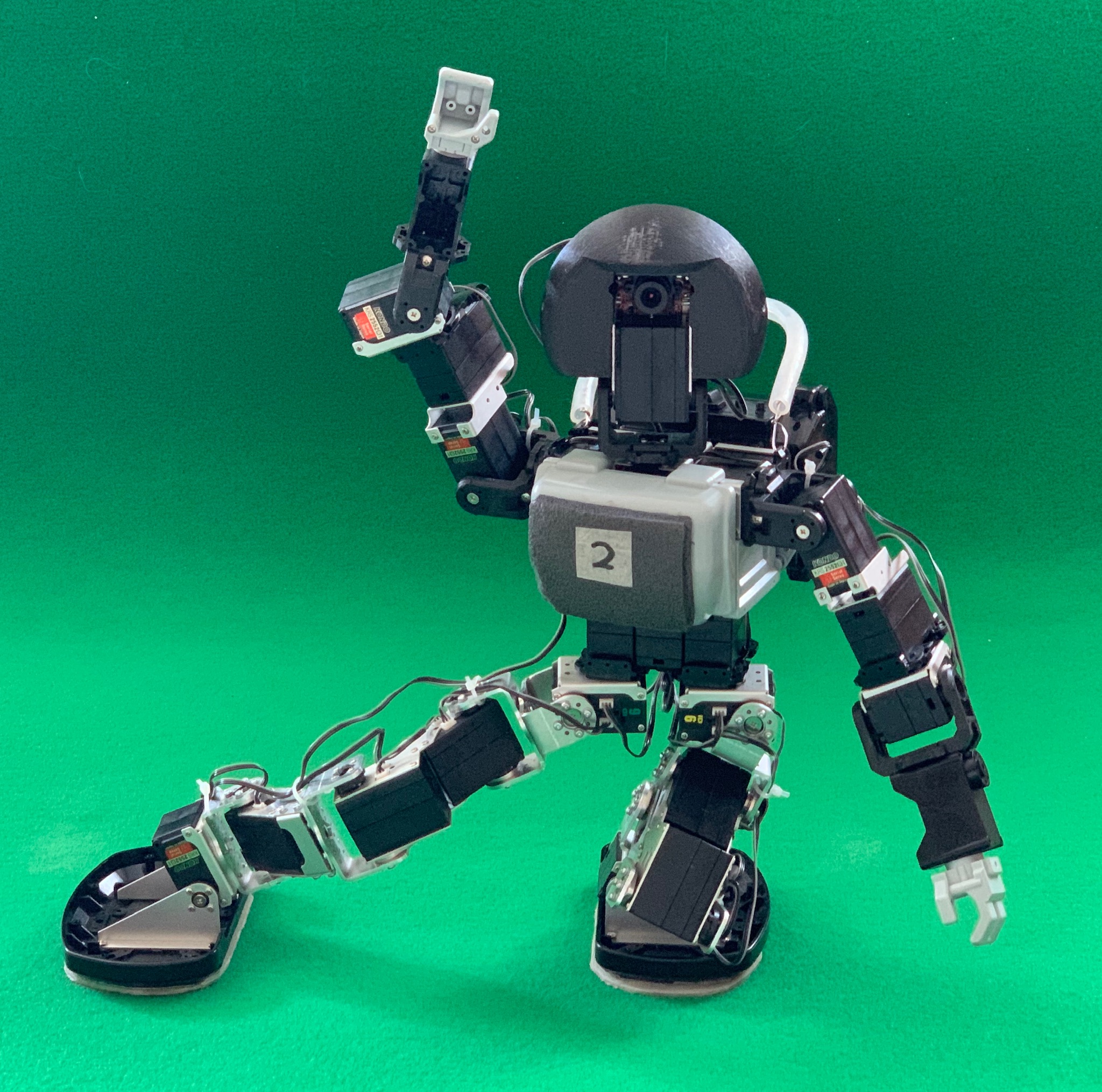 Last robot which performed best results in soccer game being champion of Asia-Pacific games of 2019 and 2020 is used as prototype for virtual model of standart robot in ELSIROS platform.